About one in seven Maine households is paying more than half their income in rent or mortgage payments, according to the latest census data.

And that’s a better ratio than the region or the country as a whole, according to the latest housing cost analysis from the Joint Center for Housing Studies at Harvard University and the Harvard Kennedy School.

The highest share of households facing severe cost burdens (indicated in red below) in Maine earned or were on track to earn below $15,000 a year in 2013. No households making more than $75,000 per year were paying half or more of their income toward housing in Maine.

In total, about 14.2 percent of 548,000 Maine households face “severe cost burdens,” compared with 17 percent in New England and 16.6 percent in the United States.

By region, the latest figures found that housing burden in the Greater Portland area, Bangor area and Waterville area are about on par with the national average, with about 50 percent of households expending 30 percent or more of their income on housing.

In total, the analysis of 2013 census data found a record number of renters paying more than 30 percent of household income for housing.

(See which metropolitan areas had the highest share of cost-burden houses by renters, homeowners and all households below.)

The figures come during a period where inflation-adjusted median household incomes dropped to $51,939, down from $56,436 in 2007, according to data from the Federal Reserve. 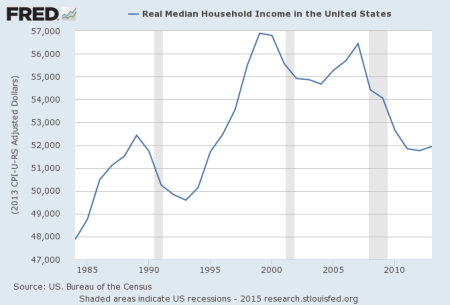 Darren is a Portland-based reporter for the Bangor Daily News writing about the Maine economy and business. He's interested in putting economic data in context and finding the stories behind the numbers.

When You're Exposed to Asbestos in The Workplace